The wind started picking up and the house started vibrating. Things can be heard getting smashed outside and the howls of the wind is starting to make Tupi very nervous. Then the lights went out and Justin went to the basement to start the generator.

"Hey, if everyone is scared. Lets go to the basement." Justin said. "It has TV, lights and food."

After the door was shut, the sounds from outside was greatly reduced. The walls were not vibrating and there was a scented candle and some biscuits out. Everyone one had some biscuits and milk before snuggling in their sleeping bags. Justin played some soft music and everyone took a short nap to wait out the hurricane.

A few hours later, the sounds of the wind has stopped. It was interesting to hear silence for once and the door to the basement was opened and Justin went upstairs. "Everything is ok..." Justin shouted and Tupi opened his eyes and got up the stairs. Everything was untouched. A few pictures on the walls were tilted, but otherwise nothing changed. With the generators off, the house was in darkness again, and Justin said, "Power is still out."

Tupi removed the shutters and he was shocked. There was a sailboat, on the flooded lawn outside -- in the beautiful morning sun. 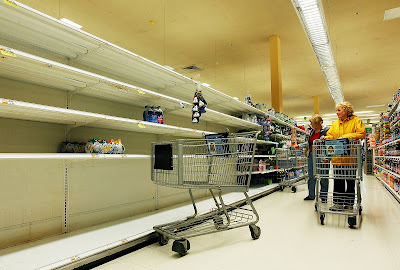 Are you doing good (for yourself)? 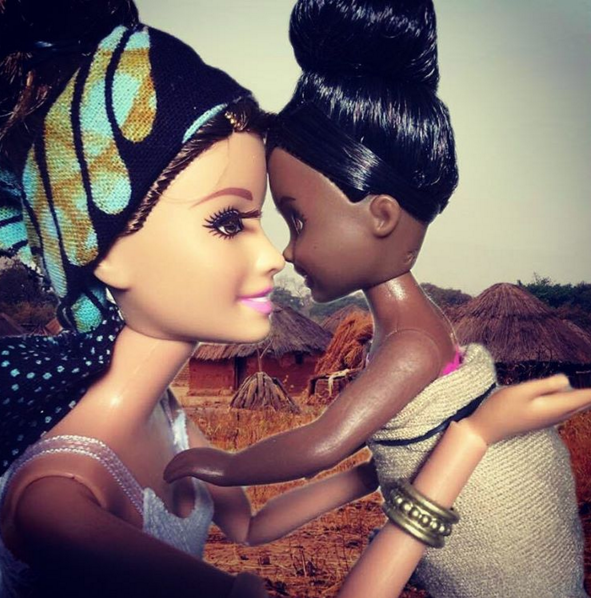 If you want to volunteer, and do good, you need to check out Barbie Savior, and make sure that you are doing it to improve the situation instead of doing it to look good.

Some people may ask, "What is the harm of just doing a selfie?"

The problem is that when we show people that we are helping in their most vulnerable, it reinforces the age old tale that these disadvantaged people have no ability to help themselves.

From my experience in visiting the disasters, the survivors and locals just need resources. There may be a lack of food, drinking water and shelter immediately after the earthquake, however, the survivors are not helpless people. There are also doctors, engineers, teachers among them who can rebuild, and care for themselves. Volunteers do not need to do everything for them, and what's worse, volunteer without any prior experience should not even think they can do a better job than the locals.

In places with widespread poverty, there are many people with aspirations and hope. They have ideas and dreams. Poor people are not helpless, they are not stupid. They lack resources. When you visit these areas, I feel strongly that you can listen, learn and respect. Just because you have brought food, does not mean they have to obey you or be grateful.

As same as before, my advice is what I learn from being in Relief 2.0 for years and working with Carlos - "Never Help! Engage, Enable, Empower and Connect"

Visiting the less fortunate allows you to engage and learn from them, experiences which you may have never had. There may be solutions you can work together to achieve.

Ask yourself a question: "What can you get from the situation?"

If you are interested to engage and learn from the experience, then you have something good to gain from it.

If you just want to travel and tell your friends where you have been and what you have done, and feel good about it, you may have a "White Savior Complex"

Alex has arranged Tupi to meet a few of his friends from America who are coming to visit Port-au-Prince, Tupi had a long flight, Singapore - London - Miami - Santo Domingo. This was the shortest flight which would exceed 36 hours in total. Then there was a 7 hour bus ride. This would probably be the longest trip in his life, but at least, he would meet the Americans in Miami before going to Santo Domingo.

Tupi informed his friends about his trip and he received plenty of phone calls and friends who wanted to meet up and pass him things to bring to Haiti. Some wanted to give Tupi canned food, others wanted to give some old clothes. Tupi was overwhelmed with meetings and as he collected more donations, he decided to meet them closer to his home as he would have to carry it home and pack. Tupi requested for stationary and did not realize that it could be so heavy until he started packing.

"Oh my, books can be so heavy." Tupi said as he weighed his luggage. Tupi had already a luggage full of solar lamps, water filters and other wilderness survival kits. "Oh well, lets see what I can bring."

The canned food was the first to be removed from the luggage. It was bulky and heavy. Next, bottled water was taken out. It took a long time to pack and Tupi got what he thinks he needed. Of course, when he finally arrived at the airport, his luggage was overweight and he had to pay excess luggage charges.

Then the long flight began. Tupi had a good idea of what he wanted to read, videos he wanted to watch, but once he got on the 6am plane, he fell asleep and did not want any meals. The long and horrible trip that sounded bad passed quickly and before he read anything, he was already in Florida.

What to put in an emergency kit. 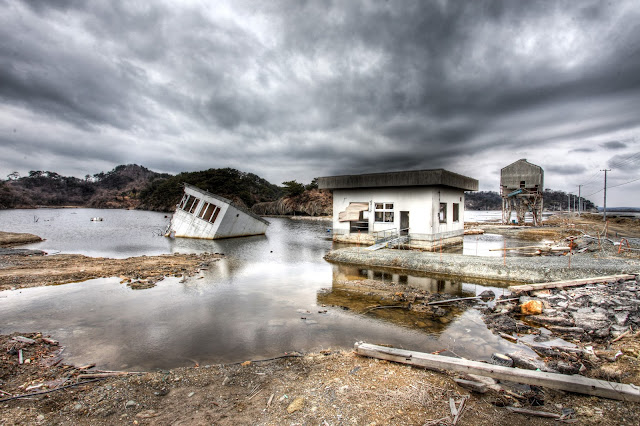 Disasters do happen, and most people do not think it will happen to them. However, it does happen, and many people are not prepared.
After being in a few major disaster, and learning from the most prepared people -- the Japanese, here are some things I would put in my own disaster kit.
1) Bottle of drinking water
2) Flashlight
3) Old pair of glasses (which is still usable)
4) Change of clothes
5) Power bank (to charge your phone) and cables
6) Spare set of keys
7) Stack of small change ($1 bills, and small denominations, possibly quarters)
8) Photocopy of your identity (driver's license, passport, etc)
9) Small Toolkit (with screwdrivers and pliers) or Swiss army knife
10) Medication
11) Respirator Mask
12) Some snacks with long shelf life (muesli bar, etc)
13) A first aid kit


For items 9 - 12, I usually do a check every year on the expiry dates. (For simplicity, do it on Jan 1 morning, so you don't forget)
For me, I will also get a separate portable solar panel to charge the power bank.
Please note that having a portable radio is also a good idea.

I'll pack everything in a separate laptop bag where I'll throw in my laptop and charger inside just before I leave the house.

"Maybe this is overdoing it, but I need to be safe than sorry." Tupi said and went to the doctor to get vaccines. Tupi went to his private doctor and informed his doctor about his trip.

"I'm going to Latin America, and I need all the injections." Tupi said.

"What do you mean all?" The doctor asked.

"You know, just in case I contract any disease and stuff." Tupi said.

"Which country are you visiting?" The doctor asked. "People don't really get vaccinations now except Yellow fever vaccine and meningococcal vaccine if you go for the Hajj"

"I don't know, I don't want to get sick, so I want all the vaccines." Tupi said.

"Hepatitis B; Japanese Encephalitis; Tetanus are the common ones." The doctor said. "But you know you may get sick after getting the injection right?"

"What? I thought vaccines are for you not to get sick." Tupi said.

"Vaccines are weak versions of the virus that cannot spread, but you may get sick even when it is weak." The doctor said.

"Pay money, get sick?" Tupi said. "Why would anyone do that?"

"So you don't get sick there." The doctor said. "You can find out how your body reacts to the virus here before going, and your body builds defense."

Tupi was well prepared for the trip. He felt tired after the injections and just went home and rest. He checked on the emails and sent email to Alex and chatted with Alex on Skype for an hour and finally decided to visit Haiti.

"Never been there, don't know what to expect, but it seems I can learn a lot from the experience." Tupi said and started to research more on how to get there on a budget. "The options don't look too good as every flight is expensive. Flying to Santo Domingo and taking a 7 hour bus seems to be the cheapest option. Port-au-Prince is really expensive to fly to."
Posted by Iron Bowl at 8:21 PM No comments: