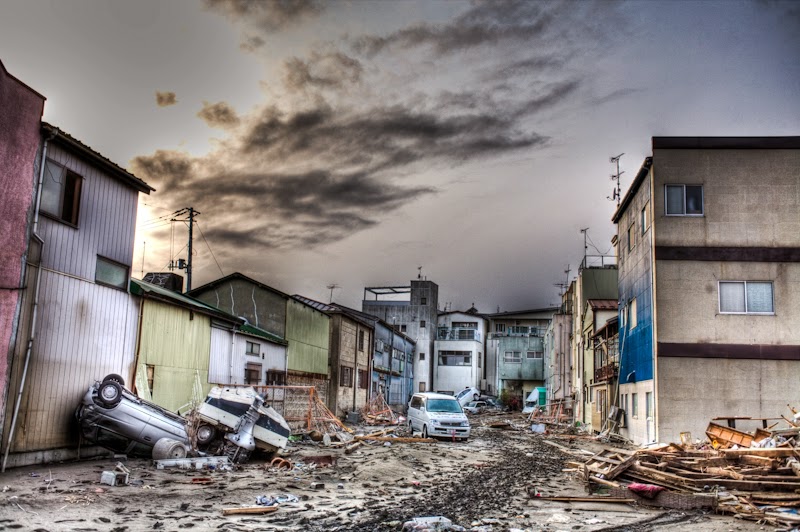 When a disaster happens, some people are burdened by a task of picking up the pieces caused by a force beyond their control, others are given a gift, a gift of being spared from the disaster. Some people take it for granted and do nothing, others may volunteer or donate.

Many things we learn about relief is not true. We are often told that individuals are not effective in the field. We are told not to donate clothes, but only give money. However, when you think of it closely, do you know how your charity money is spent?

I have been to several disasters, and I have realized that there is a big role for individual volunteers to play. Large charities and governments bring aid to the field fast, but due to top down bureaucracy, they are unable to act fast enough to satisfy the changing needs on the ground, and individuals are required to fill the gaps and meet the needs on the field.

I have often seen children running around naked, and yet charities tell us not to donate clothes. The reason why the charities tell us not to donate clothes, is not because the people do not need them, but rather the charities do not have manpower to sort them. As an individual, I have been to a shelter and got the children in the shelter involved to help sort the donated clothes. At the end of the day, the sorted clothes are picked through and used by the survivors.

There are times which I do not agree on how the charities act. Most incoming resources for recovery are managed by foreign organizations, professionals & volunteers and they excluding local stakeholders. Funds provided largely spent on foreign resources - Local resources and Stakeholders are not actively engaged in relief & recovery initiatives, often being displaced by foreign providers. But instead of complaining, I felt that one should take action to do what is right.

With social media, emails and smses, the world is a much smaller place. Everyone is interconnected. With information that others are burdened by disaster, I decided to go to the areas and contribute as an individual. When I wanted to contribute actions, I constantly send information of my actions back on social media, and request for reimbursements from my friends to support my effort. When they see my actions and photos, much of my costs are covered.

When I declare to friends that I am going to Japan a week after the tsunami, there were people who cautioned me about the dangers, and others who wanted to contribute. Some asked me how effective I could be on the ground, some asked why I wanted to go. Frankly, I don't really have the perfect answer. Some time ago, I have decided to live life by my rules, not by rules other set for me.

It is a liberating experience not to be controlled by fear, but have the courage to do what you think is right. It is not easy, but defeating procrastination is a lifelong skill which I intend to master.