The unequal distribution of resources 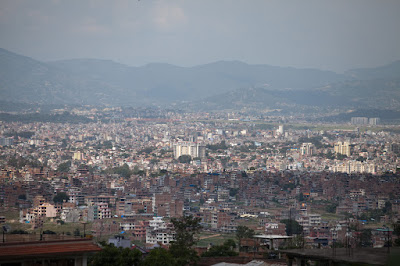 Many societies have come to a point where people feel that the unequal distribution of resources is part of life. Some of my friends in Singapore buy into the prosperity gospel -- a religious belief among some Christians that financial blessing is the will of God for them, and that faith, positive speech, and donations will increase one's material wealth. Others join mega churches and believe that they should earn more in order to give more.

In the US, my Conservative Republican friends dislike paying taxes and make socialism a dirty word. They also believe that people are poor because they are lazy, and seek ways to reduce social spending.

Resources are materials found in the environment that humans use for food, fuel, clothing, and shelter. These include water, soil, minerals, vegetation, animals, air, and sunlight. People require resources to survive and thrive.

Due to the difference in the environment that results in different natural conditions, resources are distributed differently across the globe. Countries that do not have the resources they need can trade for them. Sometimes, conflicts happen when countries try to control resource rich territories.
Within the countries and society itself, there is also unequal distribution of resources. Today, the income gap is widening. Many people consume fewer resources they need for survival and well-being. As a result, there is much poverty in these countries. However, not everyone in these countries is poor, there are also a few people controlling all the resources, making them very rich.
This unequal distribution of resources, the legacy of imperialism, is the result of human rather than natural conditions. But this problem is not only found in third world countries, many countries do see a large income gap and the number of "working poor" in these countries is also on the rise. In fact, the world’s 62 richest people hold as much wealth as the bottom 3.5 billion in 2016.
We praise billionaires for their charitable donations and philanthropy. But where do they get their massive wealth from? Many of these billionaires are driven to make as much money as possibly at any cost. After making money, they hoard their wealth and give a small portion to charity while putting the rest in a tax free financial vehicle.

Corporations are also hoarding Trillions of dollars; some say they hold it for a "rainy day", while some corporations focus on "tax efficiency" which most of us call "tax avoidance". If they were to spend it, the economy would instantly grow, and we could see more jobs with better pay. Strangely, the stock market is also rewarding companies for hoarding money, namely software and healthcare companies which hoard the most cash.

Perhaps this is a result of our dysfunctional society, a society where people suffer from curable diseases simply because they cannot afford medical care -- because they are too poor. There is massive income inequality in the world and many that could not earn a sufficient living now require aid in order to get by.

In many societies, people with materialistic wealth are looked up on as idols. No matter where he gets his wealth from, corruption, unfair business practices which kills of other smaller competition, he gets more respect for having more.

Many aspire to accumulate wealth and will find all means to get there, and only when they are rich, they participate in philanthropy. This is the kind of mindset that creates the income inequality, where people around die from poverty and creates a need for the billionaire philanthropists to come to the rescue.

We need to address the distribution of resources at the root. We need to treat people in our society with empathy and consideration. It is definitely possible to do well while doing good. Through social innovation, marginalized communities can be freed from a life bound by servitude and dependency.
Poor people are not stupid. They have ideas and aspirations, but lack resources to even solve their most immediate problems. They do not need the help from the billionaire philanthropists; they do not need aid and donations. They need to be able to be included in deciding their future, and be connected to be resources and be empowered to solve their own problems.

What we need is just for people to rethink their consumption habits. Supporting chain stores who exploit their workers in the different levels of supply chains, just because they sell cheaper products may not the best way to save money. We need business owners who treat their workers with respect and encouragement. We do not need to worship billionaires because it will encourage people to accumulate their wealth at any cost.

Everyone plays a role to empower their communities and enable the ones who are marginalized to do more. Charities are temporary solutions and the main problems we need to address the unequal distribution of resource.

Billionaire philanthropists and large corporations do not hold the solution of the problems we face today, it is up to us to take actions and accountability to make things right.