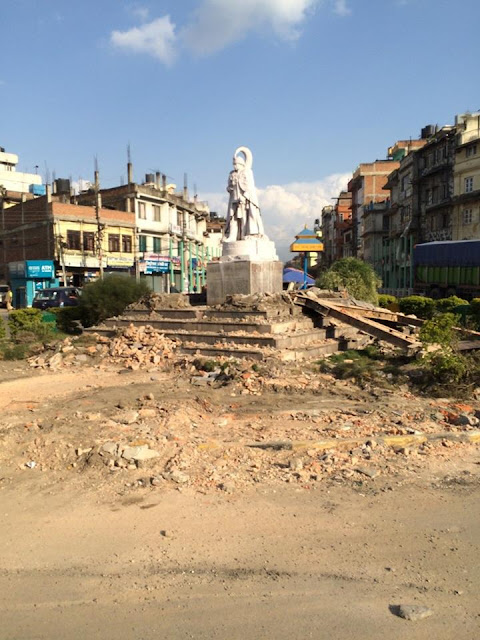 Nepal has been hit hard in the twin earthquakes. More than 8,800 people were killed and 20,000 injured. 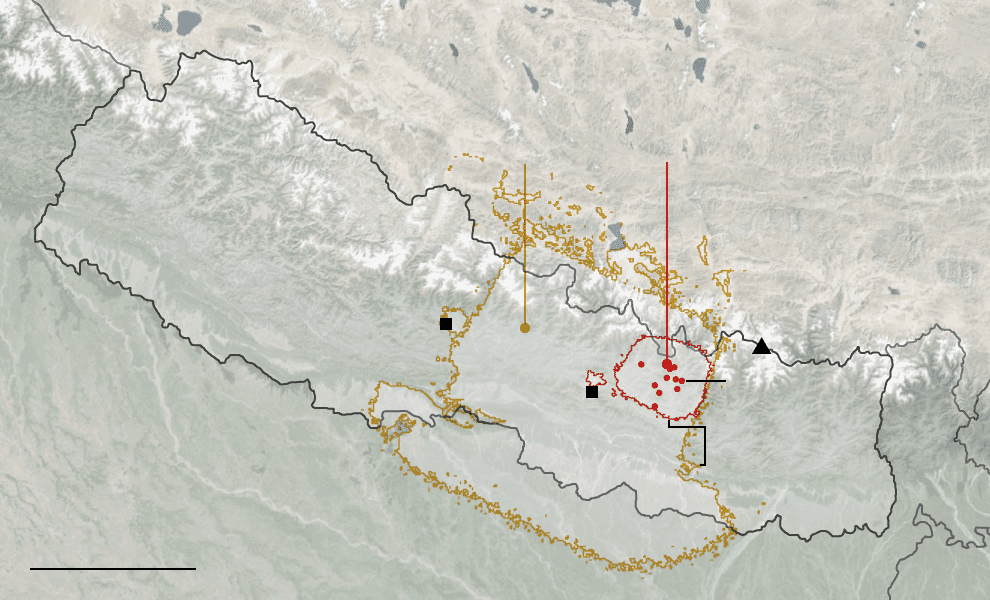 Nepal, a country that is largely dependent on foreign aid is still charging taxes on import of aid. While aid agencies refuse to pay customs duties and the government refuse to back off, survivors receive nothing.

Criminal gangs have been threatening development committee officials with death and attacking them in an attempt to take control of aid for victims of the recent earthquake in Nepal sent by the government of Kathmandu and the international community. Survivors in the remote areas have failed to receive food and emergency supplies as a result of irregularities in the distribution of supplies.

Relief materials are being heavily misused in the absence of one-door distribution policy. Political meddling is rampant in relief distribution, so much so that some people with close ties with local politicians are collecting relief supplies on daily basis.

The government began distributing identity cards which provides each homeowner 15 thousand Nepalese rupees (about 130 euro) to facilitate the purchase of zinc plates useful for building temporary shelters. But this initiative has led to "false survivors" who are chasing state aid.

To pocket the government announced cash relief, even those people who did not suffer any loss in the earthquake have been found registering their names as the victims, says the report. Cases of joint families splitting to claim more cash relief are also common. Distribution of cash relief has become difficult since the number of quake-affected families has risen dramatically as compared to the latest census data.

The scale of the earthquake is not in just deaths and injuries, what is really shocking is, because the earthquakes is situated near Kathmandu, where most of Nepal's economic activity happen, the relative cost to Nepal can be close to 50% of its GDP.

There are definitely issues with aid and giving. With people getting so little, desperation sets in and its survival and self preservation that matters. With the donations limited as there are clear issues with distribution, more problems will arise.

With much losses in real economic terms, it is VERY important that Nepal be on the path of economic recovery. Most of the time, international aid will take a long time before a stead state will be seen, and for a government to refocus on economic recovery, months or sometimes years will pass before any plans conceived is put into place. Meanwhile, business owners wait for the non-existent support and workers remain jobless, compounding to the problems, creating more people requiring aid.

This however can be mitigated by business communities coming together to support economic growth. I plan to be in Nepal next week, from June 15th, on a Economic Recovery trip, to support business recovery.

I hope to meet up with business owners who are affected by the earthquake and share their stories on the kind of support they need. If they need a small loan, I will try to gather local Nepalese business owners to source business to business loans to restart businesses. Hopefully, this will expedite employment for the survivors and allow them to earn money to support themselves.

I plan to work with local entrepreneurs, and run a social business bootcamp, where they can think of solutions to solve local problems, and I plan to connect these entrepreneurs to crowdfunding sites, and hopefully, they will get your support and be funded in their social businesses.

I strongly believe in economic recovery and economic growth, and businesses can play a big roles in supporting with business loans or even looking at ways to collaborate with Nepalese businesses or support economic development.

Nepal is among one of the poorest nation in the world, however, with 28 million residents and the evolution of businesses, it could be an attractive market one day. Business giving may not seem strategic today, however, Nepal and Kathmandu -- with its location near everest -- does see a fair share of millionaires and rich visitors visiting before climbing the world's highest peaks, and Nepal could have tremendous reach to many that have much resources.

The U.S. pharmaceutical company Merck gave out Streptomycin for free to post-war Japan when it was ravaged by tuberculosis. Today, Merck has become one of the leading U.S. drug companies doing business in Japan.

There many be much opportunities for business to relook at Nepal for developments as providing business opportunities in Nepal supports them with more than just aid, but with jobs, locals can afford to buy their own food and rebuild their homes.

The cost of land ownership or doing business with locals will probably be low and I could already see some good exports like Strawberries (which are air flown) and tourism and hospitality industry being very attractive.

This is not exploiting people, but doing business and supporting locals with jobs is a good way for them to be on the path to economic recovery.